Hello From Las Vegas! – If it seems like you just heard from me, you did. However, we have important news, which we’ll break down in the effort to continue to help you decide whether you want to visit Las Vegas in 2-3 weeks, 2-3 month, or 2-3 years.

Governor Grumpy Whistles A Different Tune – I’m not sure whether the governor’s staff are readers or not. However, somebody got through to him with exactly the concerns I stated last issue (members edition linked here).

During the Q&A with the press, he even admitted that closing down all the bars when only 20% were out of compliance might have not been the best idea. So… He HAS let bars open in a few smaller counties. (Bartops specifically, if a bar or restaurant serves food, you can waltz on in, get a table, and drink to your heart’s content). More importantly, we have reason to believe that he’ll be allowing bars in Reno and Las Vegas to open sooner than later. (I’d peg it at 7-10 days).

He’s ditching “phases” that apply to the whole state, or entire industries in favor of heavy enforcement, fines, and even closing specific non-compliant businesses. Including casinos.

What’s That Going To Mean To You? – In the Supporting (Paid) Members version of this issue, we get quite in-depth with the following:

– How strict is mask enforcement, where and/or when, what to expect, what you may (or may not) find acceptable, and a thought at when that restriction may be lifted.

– Where we suggest staying right now. Unlike normal times when Las Vegas is 100% open and everything is hopping, being in the know will help you experience Vegas more in the manner you are used to!

– Is Vegas really dead or depressing (as some of the social media and forum group doomsayers are trying to convince everyone)? We tell (and show) what is really going on so you can make an informed decision on whether to visit soon. Or not. Everyone has different expectations.

– Conventions are canceling through early 2021. No, not because they know something everyone else does not. Convention lead times are months and months and months, and they don’t know how allowed huge gathering will be and when. What does this mean for the casual visitor? Important factors to look for, so you can book in your favor, and save even more.

Just A Reminder: Before you gamble your hard-earned money on your next Vegas Visit, you can still “hedge your bet” and let us keep you in the loop with real info and real data. Not crazy internet rumors. We’re members-supported so the only people we care about are our Supporting (Paid) Members. Not the casinos!

We’re still leaving the Coupon Code 5NOW working, which gets the price down to a ridiculously low $2.48 per month (paid yearly), with our full 60-Day money-back guarantee.

So far this year, NOBODY has asked for their money back after subscribing. Instead, the compliments continue to roll in. We’ve been in business since 1997. We must be doing something right!

About three weeks ago, many of the Facebook and other groups were full of a “Vegas will be closing by the end of the week” rumor. People ate it up, repeated it, and many canceled their trips. So much so that MGM pushed back the openings of Mirage and Park MGM!

Except… there was no evidence nor reason to close Las Vegas. Nor did it. Enforcement on the few casinos (statewide) which were not in compliance were threatened with closure (individual closure, not state-wide) if they didn’t shape up. And, the info in the national media has been horribly inaccurate.

Is relying on spending hours trying to ferret out info before you decide about your next visit, all-the-while unsure about the accuracy? Our Members don’t have those worries. Couple of bucks a month saves them time, stress, and money:

How Are Our Members Benefiting? A couple of weeks ago, a Member asked us when Park MGM was reopening. We didn’t simply confirm the August 6 date to them (which we knew). We ALSO gave them the thought that they may want to book another MGM property which was already open. Just in case the Park MGM opening date got pushed back.

Guess what, it did! So, if the Member followed the advice they asked us for using our Your Guy In Vegas Membership benefit, they are booked somewhere instead of having to get re-booked with limited control. Is that kind of help worth a couple bucks a month? Many think so!

Bonus: We reminded them that Park MGM is reopening (when they do), Smoke Free. That might be important to a few people, one way or the other!

Eldorado Owns Caesars – The merger is done. While the company is taking on the Caesars name, the bottom line is that they are owned and ran by Eldorado Resorts. Out of Reno, Nevada. We feel this is a GOOD thing, and should have plenty more to say about that next issue. 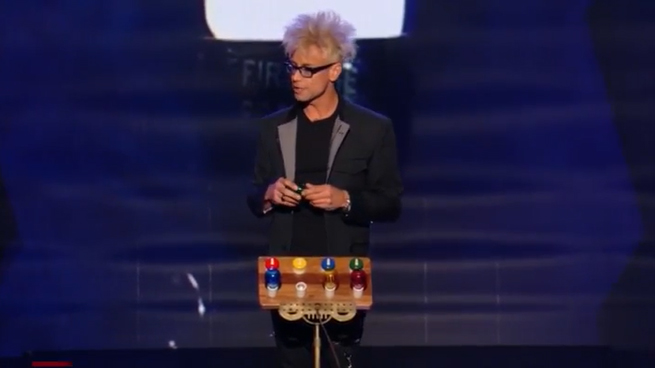 “Masters of Illusion” on The CW showcases some of the best that magic has to offer all around the world, and it even features some notable Las Vegas magicians. Murray Sawchuck will be featured in the show’s seventh season. He joined us to talk about the experience. 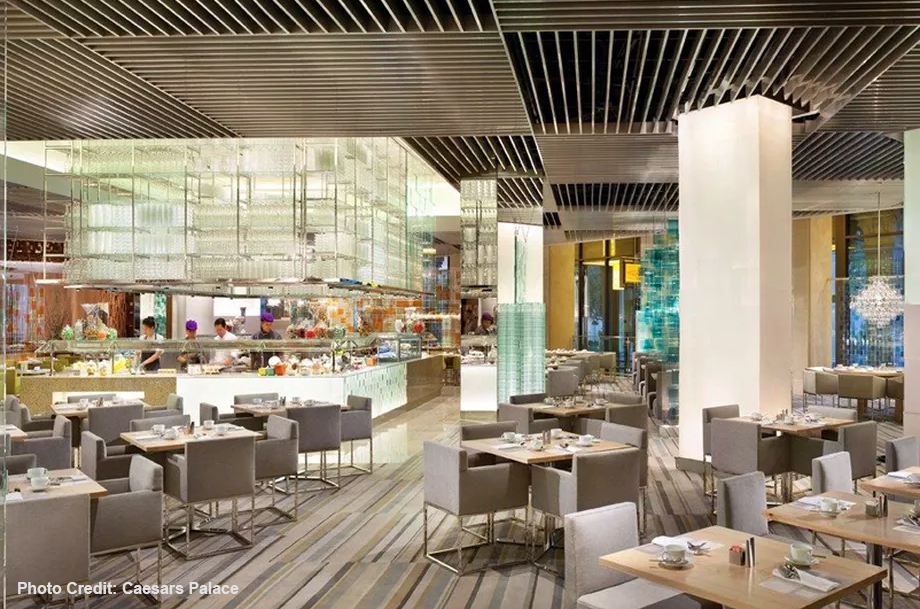 Earlier this year, the $100 million, 25,000-square-foot, 600-seat Bacchanal Buffet filed paperwork for a remodel that included updates to the food line with an estimated construction budget of $2.4 million for the makeover. The renovation at the buffet at Caesars Palace focuses on a 2,120-square-foot area, and the changes will affect the existing food counters, service equipment, and the ceiling and floor finishes. 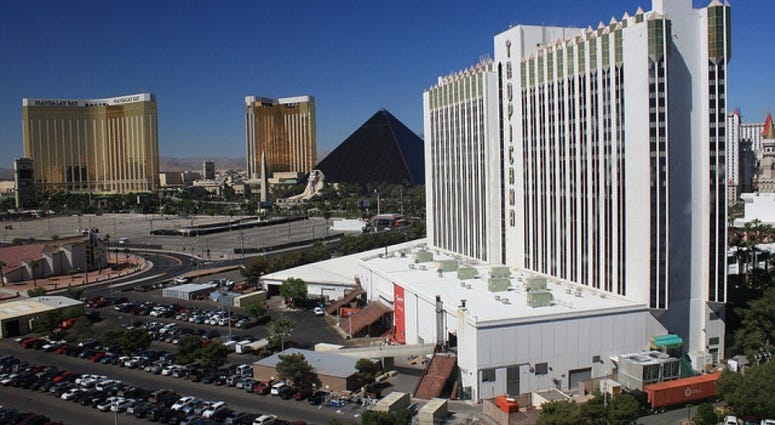 The parent company of the Tropicana Hotel Las Vegas Boulevard and Tropicana announced Tuesday that the hotel would be reopening on September 1st. 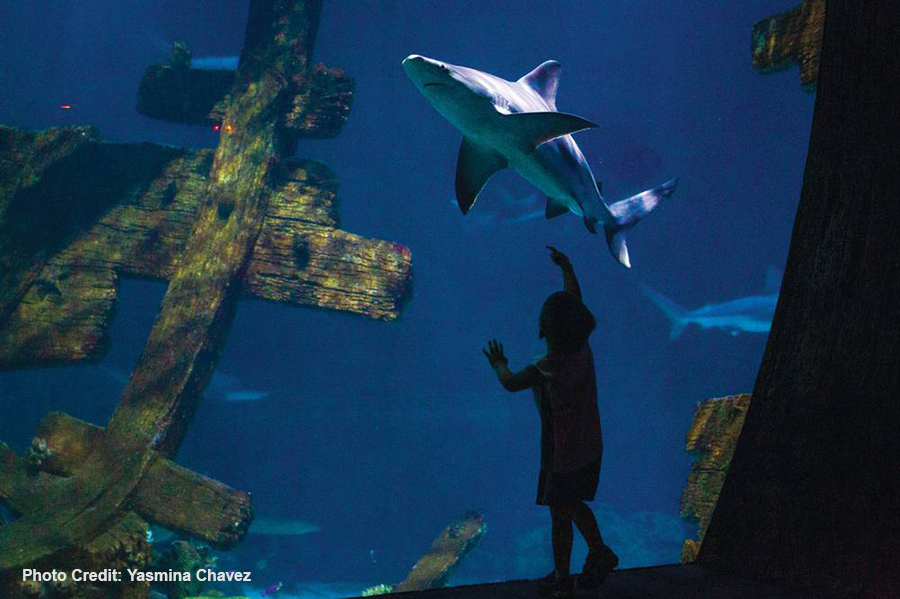 Boulevard Brush-Up: These Activities and Attractions Are Open On The Las Vegas Strip

Vegas visitors are flocking to the Strip on the weekends for some semblance of a summer vacation. Everyone knows not to expect concerts, sporting events, production shows and wild nights at the club. A trip to Vegas right now is built around gambling, eating, drinking, shopping and spending lots of time at the pool. 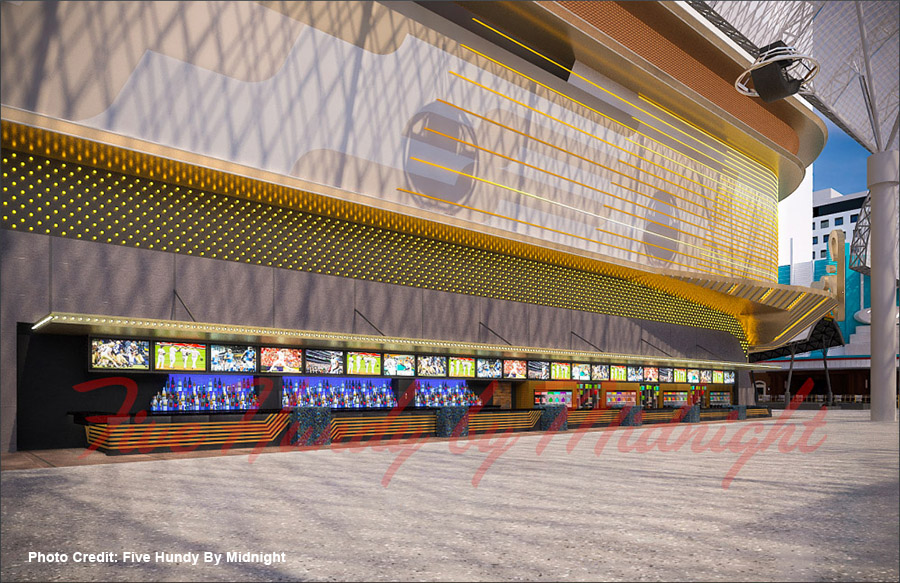 The world-famous, blue ribbon team of sleuths from the Five Hundy Investigative Center have been at it again. After holing up in a suburban Twin Cities underground lair for the past two weeks, our crew got their grubby little hands on yet another treasure trove of as-yet-unannounced Circa Resort & Casino details and renderings. This time around, let’s look at what’s in store for bars. 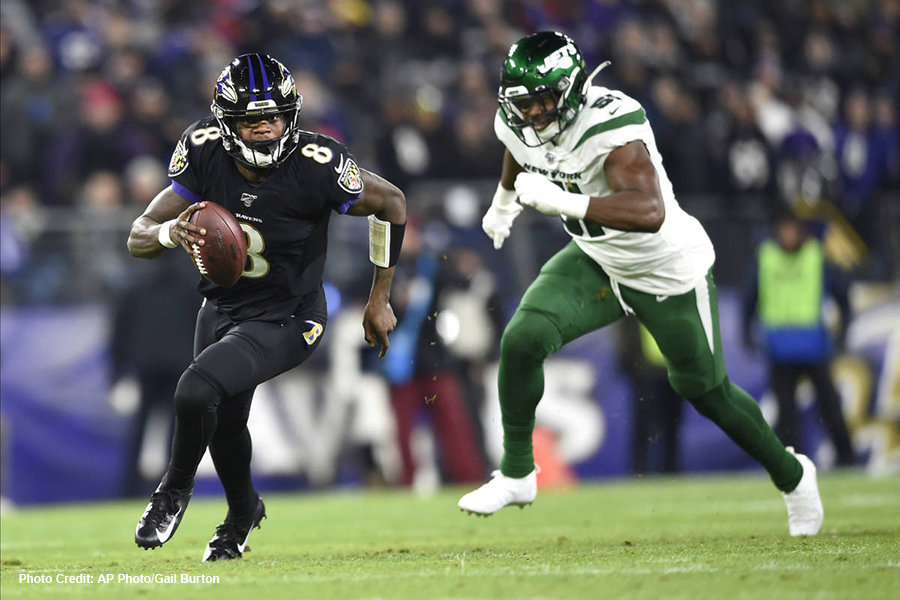 When Las Vegas sportsbooks reopened Thursday, Mark DeRosa had no problem keeping his distance from others. The professional sports bettor joked on Twitter that the oversized 6-foot check presented to him by Circa sportsbook director Matthew Metcalf was “perfect for social distancing.” 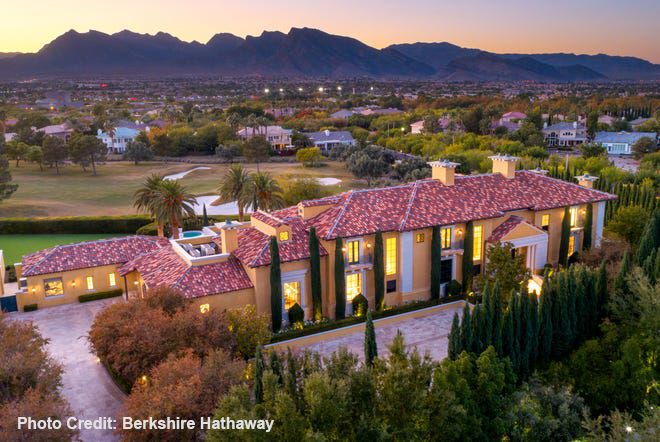 Casino mogul Steve Wynn’s mansion is on the market for $25 million. On the fairways of the private TPC Summerlin golf club, the double-gated 13,500-square-foot house at 1717 Enclave Court sits on a manor-line stretch known as “Billionaire’s Row.” 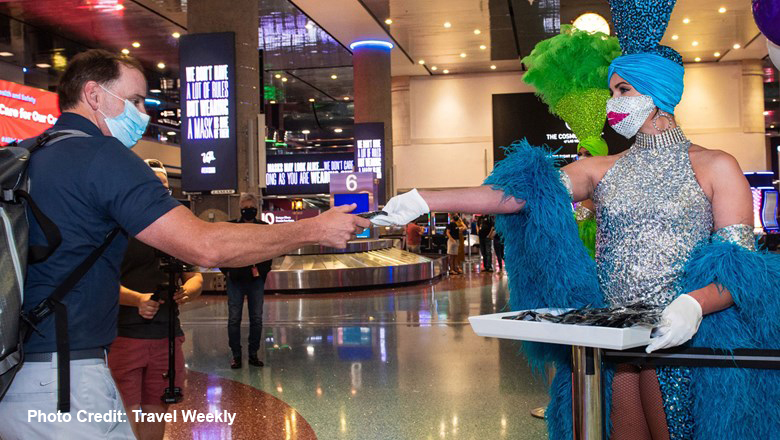 Airlines serving McCarran Airport are increasing their flight schedules in response to a sustained passenger demand anticipated in the coming months, according to the airport and the Las Vegas Convention and Visitors Authority. (Producers Notes) In this video I wanted to give a full review of every restaurant we ate at and every cocktail I tried! I felt a full trip worth of food and drink would be a helpful guide for people to see what Vegas food is like, for both high end foodies and budget conscious travelers. Cosmopolitan One Bedroom Terrace Suite Review from The Vegas Tourist

(Producers Notes) For my wife’s birthday this weekend, I treated her to a few nights at the Cosmopolitan Resort in a one-bedroom terrace with a fountain view. Here is a walkthrough of that suite. (Producers Notes) Let’s see what’s for brunch at the Wicked Spoon Buffet at the Cosmopolitan of Las Vegas. (Producers Notes) Your last night in Vegas… Should you hit up a nice buffet or go to a steakhouse? This is the question we’re going to answer. Gourmet Dinner Buffet at the Wynn versus Oscar’s Steakhouse at the Plaza. Gloves on, let’s do this! Save up to 35% Off!
Promo Code CHAT2 Required

Save $20 off all VIP & Premium Seating!
Promo Code MMC20 Required

Save up to $20 Off!
Promo Code JKAFF Required